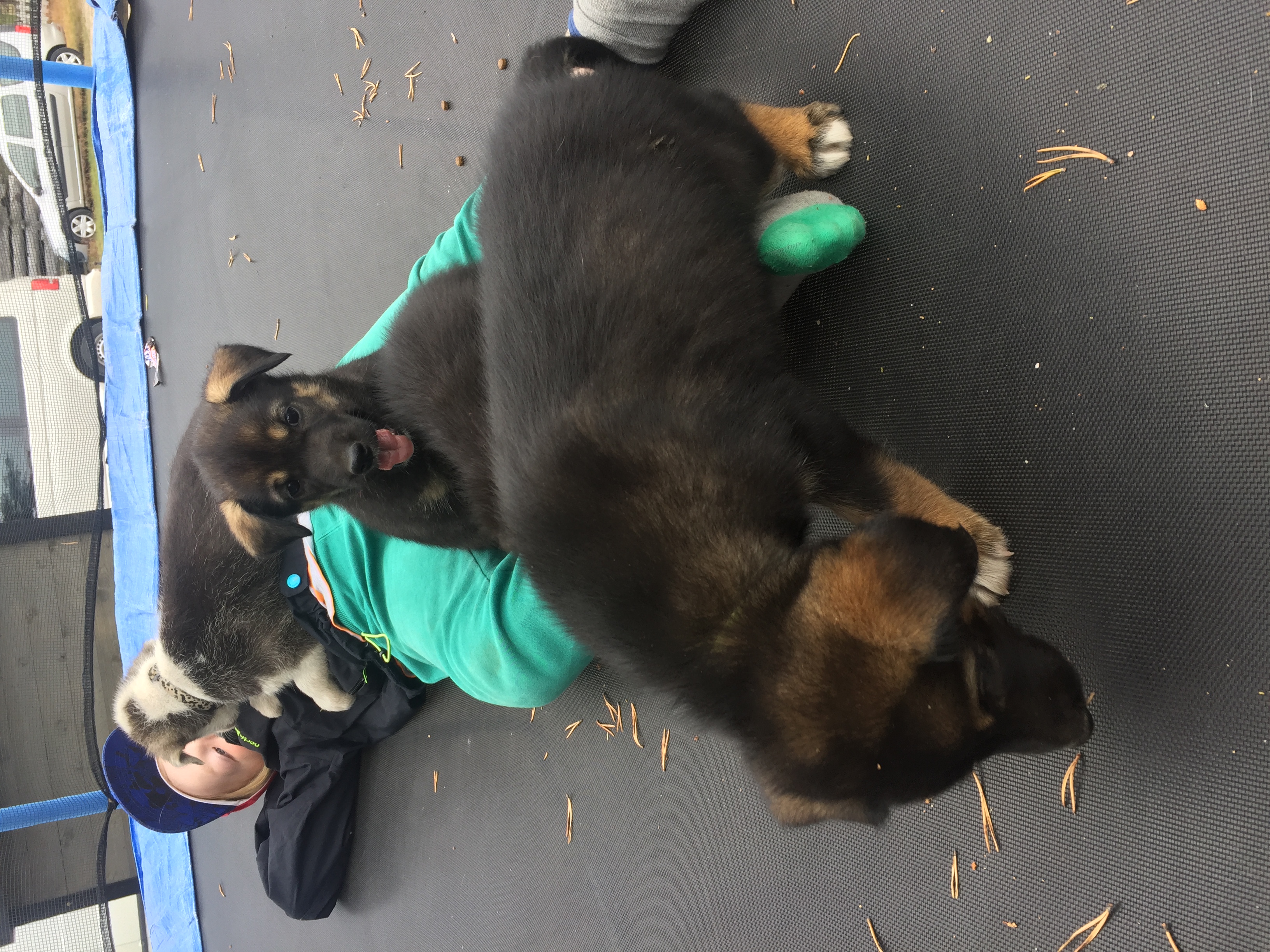 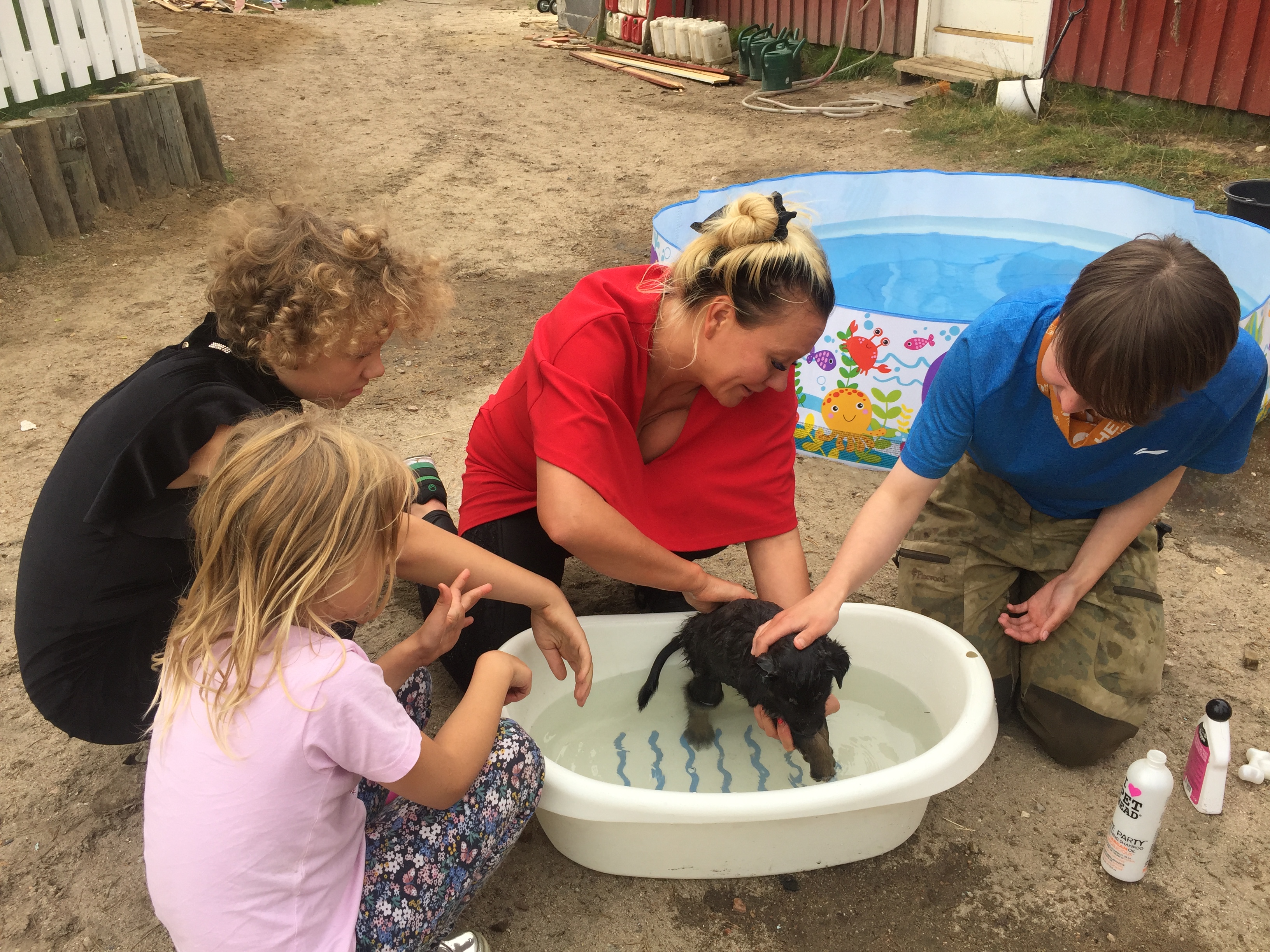 Jewel
Pup
Gender: Female
Origin: Bred In-House, HH's Own
Microship Number:
Weight:
Born: 30/06/2019
More About Me:
There were two dark brown female pups in my litter from Jenga, and one dark brown male. We are all pretty clear throw-backs to our father, Iess. I was the 8th pup to emerge. I had three little brown dots on my chest at birth and a tiny promise of a jewel of a white spot there now. My sibling, Jedi, that came out before me, emerged at about 10pm and everyone thought that he was going to be the last. I didn't come out until about 3am so it was lucky that Pasi spotted me and woke Anna since it took me quite a while to figure out how to latch on.